It is the most popular beach of Mumbai . It lies about 25 km from the city centre. The marvelous beach lined by bungalows offers various entertainment and amusement facilities.

Juhu Beach is one of the most famous beaches in Mumbai . It may be accessed from the suburbs of Vile Parle , Santacruz and Andheri. Many tourists make it a point to visit the beach when they come to Mumbai, as it is a relatively uncrowded free space in the city, although it does get crowded in the evenings and weekends.

It is famous for its Mumbai street food, notably bhelpuri, pani puri, chaats, and pav bhaji. The food stands are relatively hygienic. Italian food is also very popular in Juhu with many restaurants like Little Italy, Penne, Don Giovanni, Mangi Ferra. On the southern end of Juhu beach there are many luxury hotels and apartments. Juhu beach is a very popular place for watching aircraft as planes from Chhatrapati Shivaji International Airport usually takeoff directly over the beach towards the sea.

At the north end of Juhu Beach there is a place called Gandhi Gram. During the summer vacations, children often go and play games such as cricket, football, basketball at the Juhu Beach. The ship MV Wisdom was stranded on the Juhu Beach in Mumbai in June 2011. 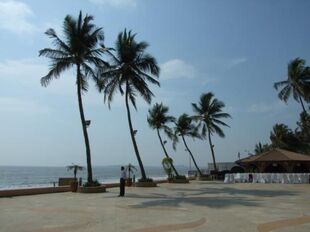 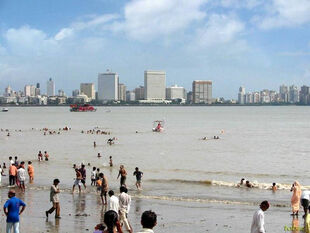 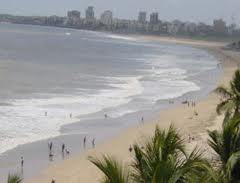 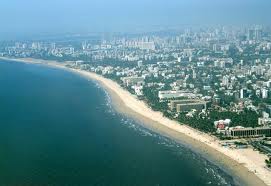 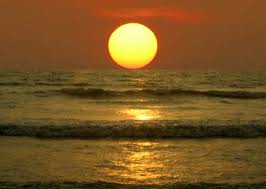 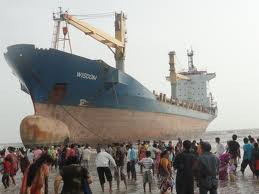 Add a photo to this gallery
Retrieved from "https://mumbai.fandom.com/wiki/Juhu_Beach?oldid=9575"
Community content is available under CC-BY-SA unless otherwise noted.